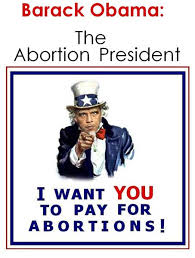 In  exchange, they received an agreement from Republicans to allow  votes  on more than 19 noncontroversial nominees that have not earned   opposition from pro-life groups.

Included the four is the highest nominee, Goodwin Liu,  a law school  dean at University of California Berkeley nominated for  the 9th U.S.  Circuit Court of Appeals in San Francisco but whose  liberal and  pro-abortion views left him with strong Republican  opposition.

In addition to Liu, district court nominees Edward  Chen, Louis Butler  and John McConnell will not receive votes. Liu, Chen  and Butler are  judicial activists who are supportive of the Roe v. Wade Supreme Court  decision responsible for 52 million abortions. Obama  nominated Edward  Chen for the Northern District of California and Louis  Butler for the  Western District of Wisconsin.